Bay area death metal band Fallujah have just released their highly anticipated and much hyped second record The Flesh Prevails. Does it live up to all of the praise?

The New Pallbearer Track Will Crush Your Skull! 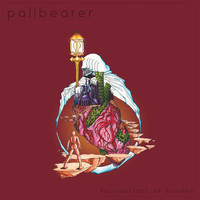 Little Rock doom titans Pallbearer have just released “The Ghost I Used to Be” the first track from their upcoming album, Foundations of Burden. The record will be released August 19th on Profound Lore Records and if the rest of it is even close to be as crushing as this, I would say that it will be landing VERY high on my “Best of 2014 list.” Horns up! Crank it up and prepare for 10 minutes of sludgy awesomeness!

The word “supergroup” has a nasty stigma and for a very good reason: these often transient, assemblages of egos rarely sound like a group and even less frequently is there anything super about them. More often than not, these affairs turn into a bunch of alpha types in a pissing match for dominance. Add in the whole “lead singer disease” factor that exists in any band and you can imagine the dubious collective eye that the metal world would cast upon a “supergroup” consisting of three lead singers from fairly disparate corners of the metal world (and a former drummer of The Mars Volta).

Now, before I tell you my thoughts on this disc, let me start with a bit of historical and contextual perspective. As an old school metalhead, I hold the original line-up of Sepultura and their output in an almost sacred light. If Max Cavallera had done nothing else in his career, this would be enough alone to gain him a legend pass. Despite having spent the better part of the last 20 years hell-bent on fucking up that legacy in the nu-metal travesty that is Soulfly, the man has also managed to make make two stellar records with his brother and original Sepultura drummer Igor Cavallera in their side project, Cavallera Conspiracy. Additionally, he is no stranger to the world of supergroups, having been part of the insanely great, proto-industrial, one-off project Nailbomb.

The other two frontmen in this band were a bit more on the wild card side for me. Greg Puciato is the singer of The Dillinger Escape Plan, a band specializing in a schizophrenic and disjointed sounding genre known as “Mathcore.” Yeah, yeah, I know they’re insanely great musicians playing shit that I can’t even count, but despite some great guitar stuff, I just don’t “get it.”

Troy Sanders is the bassist and co-vocalist for Atlanta’s progy, stoner, sludge giants Mastadon. They’ve always been more of a mixed bag to me. When they’re on, they’re really great, but their collective output is splotchy and they are perhaps the one of the most boring live bands I’ve ever had to sit through.

Drummer Dave Elitch is best known from his stint in the progressive, post-metal band The Mars Volta. I really dig that band, but it’s hard to really say what his contributions were there besides being a really great drummer.

So, having said all of that, I came into this record with incredibly low expectations for the sum adding up to it’s parts. I have to say, it’s rare that something catches me musically from so far out in left field, but I was NOT expecting this…

This record is really quite good!

Now, I’m not going to lie to you and tell you that it doesn’t have it’s flaws and moments that feel like filler. Fortunately though, those moments are few and far between. These 11 songs manage to capture all of the best elements of each members band and yet, somehow, not quite sound like any of them. It’s a record that sounds very modern with a few songs that would be right at home on a playlist of monumental metal classics. The three vocal styles intertwine almost seamlessly and rarely sound as though any one is fighting for the foreground. Killer Be Killed is a record that shines with the heaviness of it’s pedigree and manages to be more melodic than any of it’s members previous output. And, thankfully, not a  Soulfly moment in sight! A solid and enjoyable record from an anti-supergroup. that I hope will not prove to be as ill-fated as Nailbomb.

Do yourself a favor; if you like heavy, modern metal with a melodic bent, check out this record. You can thank me later.

Don’t miss moments: “Wings of Feather and Wax” “Dust Into Darkness” “Melting of My Marrow”

I was going to write a belated review of Behemoth’s tour de force album, “The Satanist,” but this blogger essentially conveys my exact thoughts on the matter. I am certain that this album is the best of Behemoth’s (already magnificent) output and it is currently tied on my list with Triptykon’s “Melana Chasmata.” for album of the year! So, without further ado, I give you Delayed Burial reviewing “The Satanist.” Be sure to follow their blog as well afterwards! 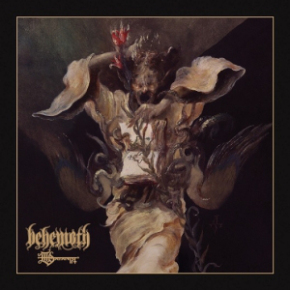 Behemoth is undoubtedly one of the most popular and one of the most divisive bands in extreme metal today. Lead vocalist Adam “Nergal” Darski is a celebrity in his homeland of Poland, having appeared on their version of The Voice and yet having also been charged by the Polish Supreme Court of violating hate speech laws. The band as a whole is embraced by fans and yet derided by metal purists who regard Behemoth’s albums as shallow. All this, combined with Nergal’s much publicized near-death experience with leukemia back in 2010, ensured that The Satanist – the first Behemoth album since 2009’s Evangelion – was going to be one of the most anticipated extreme metal releases of 2014.
Does TheSatanist, which was released in February of this year, live up to five years of anticipation?

I arrived at this show to find that I was late for the opening band, Kaustik. Nowhere in the advertising or on the tickets was it indicated that there would be an opening band. At any rate, I managed to catch the last 2 songs from these locals. Therefore, I can’t give you a completely accurate assessment of these dudes. I’ll just leave you with the thought on that matter that bands usually save their best material for last. If that was the case here, I could’ve been fifteen minutes later in arriving and never have missed anything.

The next part of the evening consisted of a bunch of confused and pissed off death metal fans being subjected to incredibly lame and ill-advised intermission music including “Come on Eileen” “99 Luft Balloons” and half of the Whitesnake catalog! I’m not sure if someone was just clueless or trying to be cute, but I do know that they would NOT have wanted to introduce themselves to the characters around me at that moment!

Anyway, after that torture persisted for what seemed like an eternity, Nile finally began their technical, death metal assault on the House of Blues stage. The motif of dark, creepy lighting was befitting of the Egyptology theme underlying almost all of the bands’ music. However, it was highly non-conducive to photography. This may have been by design as Nile founder and guitarist Karl Sanders has spoken out on many occasions about his disdain for fans who watch the whole show through the screen of their phones. It also made it difficult for fans to closely observe the force of nature that is George Kollias, Nile’s powerhouse drummer.

Kollias came out swinging and attacked his kit with his usual aplomb. This resulted in an equipment failure of some sort during the first song. The resulting stoppage of the show for a brief period while the issue was resolved led singer/guitarist Dallas Toler-Wade to lead an audience participation chant of “don’t break your drums, George!” Responding to one Skynyrd seeking heckler during the same interlude, Toler-Wade raised his middle finger aloft and said “I’ve got your free bird right here.”

In short, Nile played a tight and powerful career-spanning set that left their die hard fans wanting more. The following is the setlist in full for the evening:

This was my first time seeing Nile live, though I have been a fan for quite some time. I must say that they proved themselves to be an excellent, seasoned live act. The thing that I will most remember about this show though was how much Nile seem to genuinely care about their fans. The band insists on keeping ticket prices around the $20 range and nearly all of their merchandise is priced similarly. They have stated that they do this in order for their young fans to be able to afford to see them every time that they come through and not have to choose between them and another band with higher admission prices. This, coupled with the fact that the band always hangs around before and after shows to meet fans, take pictures and , as they did on this night, have fans come onstage to sing with the band make for some very loyal and rabid fans indeed. There are a whole lot of artists out there who could stand to take a page from the Nile customer relations handbook.

I didn’t really get much in the way of usable photos, but I did manage to shoot a couple of lowish quality videos. Here are the links for those who are interested: 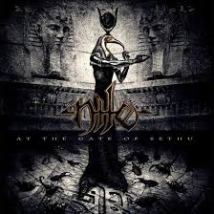 Me, enjoying the festivities!